Tranca's mother had left everything: a husband, petunia beds, a blue-shuttered house on Zoe's street. She'd taken Trancas to live with her in drunken renunciation until she found the hard kernel of nothing from which she could start again. She was drinking her way to it, smoking Chesterfields two at a time. She was watching television, waiting for the day she'd wasted so many hours that the hours themselves would be ground down, the days indistinguishable from the nights, and she'd be able to look for a different self amid the wreckage. She wanted to drop acid with her daughter, but Trancas claimed she didn't know where to get any. 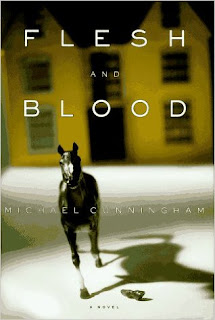